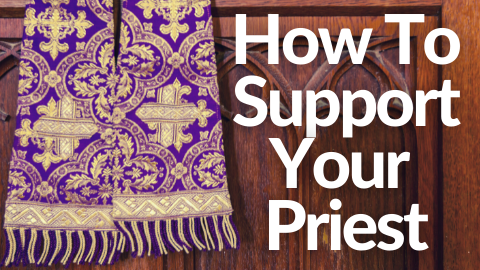 How To Support Your Priest 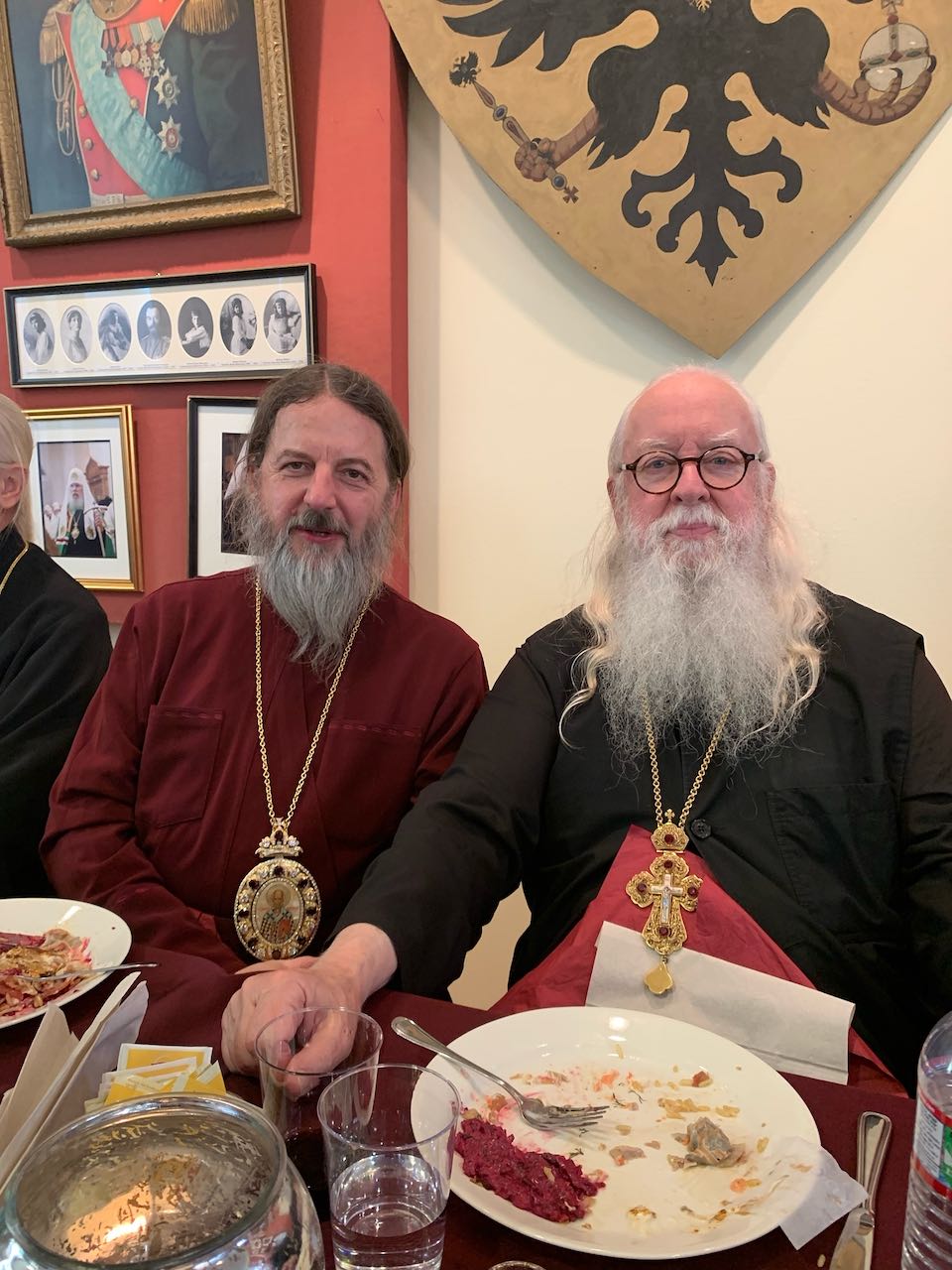 Parish priests feel pressures that are found in no other profession. The type of man that generally is drawn to the holy priesthood is one who has a heart for serving others. Bishops and priests are often expected to do far more than is humanly possible. Bishops, as fathers to their people, are expected to be superhuman. Judged if they are not.

Over the years I’ve heard terrible stories of parish priests having to cancel vacations at the last minute because of sudden deaths in their parishes, requiring them to cancel airline tickets, leaving both they and their families without the much needed time away. One priest told me how his young son had been looking forward to a camping trip and cried when his dad had to tell him they couldn’t go, because an important family in the parish requested that only he could do the funeral, rejecting having another priest step in.

Countless priests have to put in long hours, missing dinner with their families because of wedding rehearsals, hospital calls, counseling sessions. The average priest gets Monday off, yet is expected to forgo his only day off if someone needs to see him, or a parish council decides to have a meeting that evening. They demand their priest be available whenever they need him, regardless of the time of day, or the needs of his family.

One priest told me about having performed a baptism of a child for a family that rarely came to church, only to have them walk out immediately following the service, leaving him to mop up the spilled water, while they and their friends ran off to celebrate at a restaurant. He was given such a pitiful stipend for his services that he just dropped it in the poor box. They didn’t even invite him to join them at the restaurant. He said he wouldn’t have had the time to join them, but the invitation to do so would have been nice.

Most clergy receive a very small salary and are expected by their parishioners to be happy with what they have. The stipend is thus very important to the priest, yet I know of countless clergy who travel many miles from their rectory, bless the home and receive nothing for their services (the normal stipend for extra services like this is one hundred dollars).

Like all children, priest’s kids need time with their father. Normal jobs allow dads to leave their job at work, giving themselves plenty of time to meet the needs of their children, but not in the case of clergy. Being on call 24/7, the families of priests often have to forgo planned meals, outings and family affairs because of the demands of their people. Most priests have such a strong desire to be in service, they simply can’t say no.

The children of priests, as well as their wives, also must suffer the undo scrutiny of the parishioners, expected, as they are, to be perfect. Given all this, is it any wonder the children of priests often wouldn’t think of becoming priests themselves? Please, whatever you do, don’t criticize your priest in front of his family. How often I’ve heard priest’s wives and children lament having to put up with attacks on their husbands/fathers by people who don’t think he’s doing enough! People airing their grievances at parish meetings, with the children and wives having to hear it all.

I share all this with my readers because most of you are unaware just how difficult a job your priest has and how much is demanded of his time. Most of you love your priests but are just unaware that he rarely gets his own needs met. I remember one priest in Detroit, who lived in substandard housing, while all his parishioners lived in nice homes. No one made any effort to make sure their priest (single in his case) was living in medium income housing, somewhere in the middle of all his people (the norm for most protestant churches).

How can a priest take care of the education of his children when his salary is at the poverty line? One horror story I remember hearing was of a priest who’s parish council gave him an increase in salary that put him just over the line so he’d no longer qualify for food stamps, since this made the parish look bad. The priest and his family ended up with less, rather than more!

All of the above could be said for bishops as well. We really need to start taking care of our bishops, making sure they have adequate compensation, days off for restoration of soul and proper rest, and a whole lot less criticism from their people.

Love your priests and bishops, just as they love you. Give them support. Show them you care by sending them a little gift on their names day, or emailing them on occasion, letting them know you care about them. Tell them when you’ve liked their homily, invite they and their families to dinner on occasion. Let them know you care. Remember your bishop and priest with a thoughtful little gift, or a check, on Christmas and Pascha. Let them know you care about them. Make sure the parish council knows you think your priest should receive a proper salary. You’d be shocked at the average income of most protestant clergy compared to what most Orthodox priests receive.

The life of your priest can be greatly extended if you don’t allow him to work himself to death. Make sure he does take at least one day off. Tell him to turn off his cell phone on those days. Call the rectory before knocking at the door. You have no idea how many priests evenings with their families are derailed with a knock at the door.

I’m sharing all of this with you because I know your priest will not. He loves you and he loves Christ whom he serves. Make him pace himself and you’ll have him around to baptize your grandchildren. Don’t expect him to be perfect. Most importantly, pray for your bishops and your priests. Honor and love them, and refrain from judging them.

With love in Christ,
Abbot Tryphon

Photo: Together with Bishop Theodosy of Seattle, following the Hierarchical Liturgy for the Feast of Saint Nicholas the Wonderworker, at Saint Nicholas Cathedral in Seattle.

5 Do not rebuke an older man, but exhort him as a father, younger men as brothers, 2 older women as mothers, younger women as sisters, with all purity.

3 Honor widows who are really widows. 4 But if any widow has children or grandchildren, let them first learn to show piety at home and to repay their parents; for this is good and acceptable before God. 5 Now she who is really a widow, and left alone, trusts in God and continues in supplications and prayers night and day. 6 But she who lives in pleasure is dead while she lives. 7 And these things command, that they may be blameless. 8 But if anyone does not provide for his own, and especially for those of his household, he has denied the faith and is worse than an unbeliever.

9 Do not let a widow under sixty years old be taken into the number, and not unless she has been the wife of one man, 10 well reported for good works: if she has brought up children, if she has lodged strangers, if she has washed the saints’ feet, if she has relieved the afflicted, if she has diligently followed every good work.

The Sadducees: What About the Resurrection?

27 Then some of the Sadducees, who deny that there is a resurrection, came to Him and asked Him, 28 saying: “Teacher, Moses wrote to us that if a man’s brother dies, having a wife, and he dies without children, his brother should take his wife and raise up offspring for his brother. 29 Now there were seven brothers. And the first took a wife, and died without children. 30 And the second took her as wife, and he died childless. 31 Then the third took her, and in like manner the seven also; and they left no children, and died. 32 Last of all the woman died also. 33 Therefore, in the resurrection, whose wife does she become? For all seven had her as wife.”

34 Jesus answered and said to them, “The sons of this age marry and are given in marriage. 35 But those who are counted worthy to attain that age, and the resurrection from the dead, neither marry nor are given in marriage; 36 nor can they die anymore, for they are equal to the angels and are sons of God, being sons of the resurrection. 37 But even Moses showed in the burning bush passage that the dead are raised, when he called the Lord ‘the God of Abraham, the God of Isaac, and the God of Jacob.’ 38 For He is not the God of the dead but of the living, for all live to Him.”

39 Then some of the scribes answered and said, “Teacher, You have spoken well.” 40 But after that they dared not question Him anymore.

Jesus: How Can David Call His Descendant Lord?

41 And He said to them, “How can they say that the Christ is the Son of David? 42 Now David himself said in the Book of Psalms:

‘The Lord said to my Lord,
“Sit at My right hand,
43 Till I make Your enemies Your footstool.” ’

44 Therefore David calls Him ‘Lord’; how is He then his Son?” 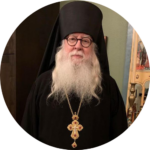 Fr. Tryphon is the Abbot of the Monastery of the All-Merciful Saviour, which was established in 1986 by Archimandrite Dimitry (Egoroff) of blessed memory. The Monastery is under the omophore of His Eminence Kyrill, Archbishop of San Francisco and Western America, of the Russian Orthodox Church Outside of Russia.

All comments are moderated and must be civil, concise, and constructive to the conversation. Comments that are critical of an article may be approved, but comments containing ad hominem criticism of the author will not be published. Also, comments containing web links or block quotations are unlikely to be approved. Keep in mind that articles represent the opinions of the authors and do not necessarily reflect the views of Patristic Faith or its editor or publisher. 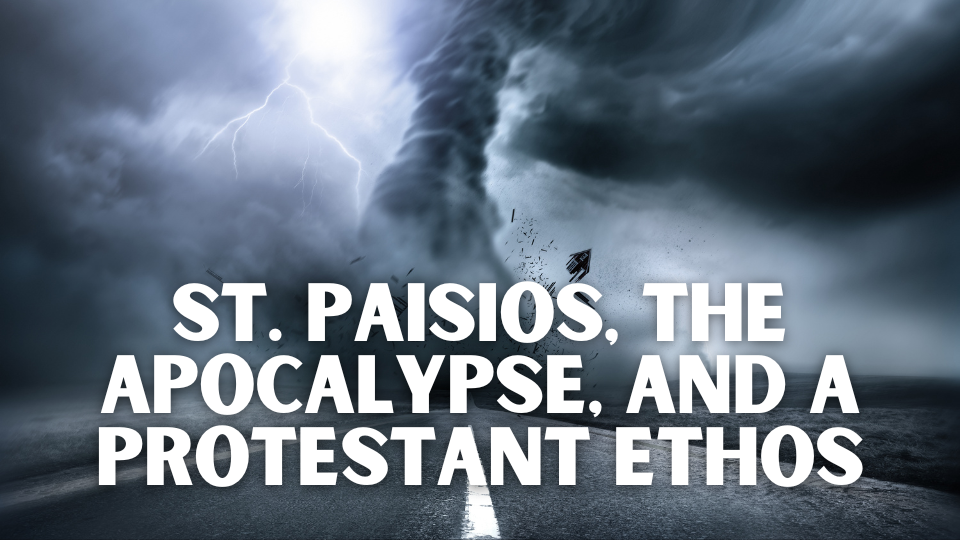 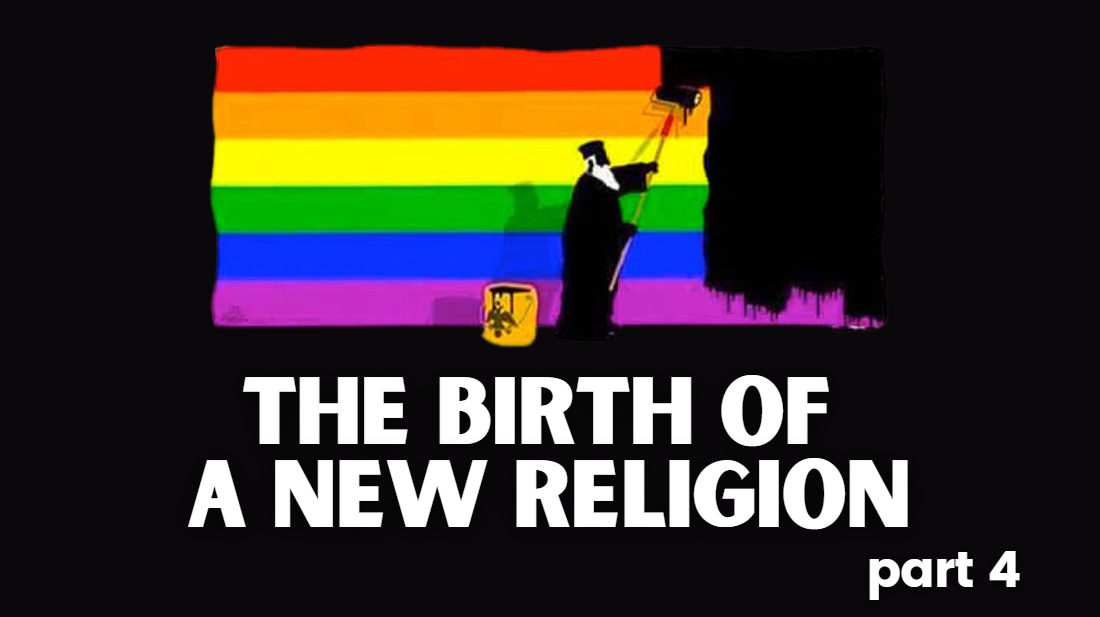 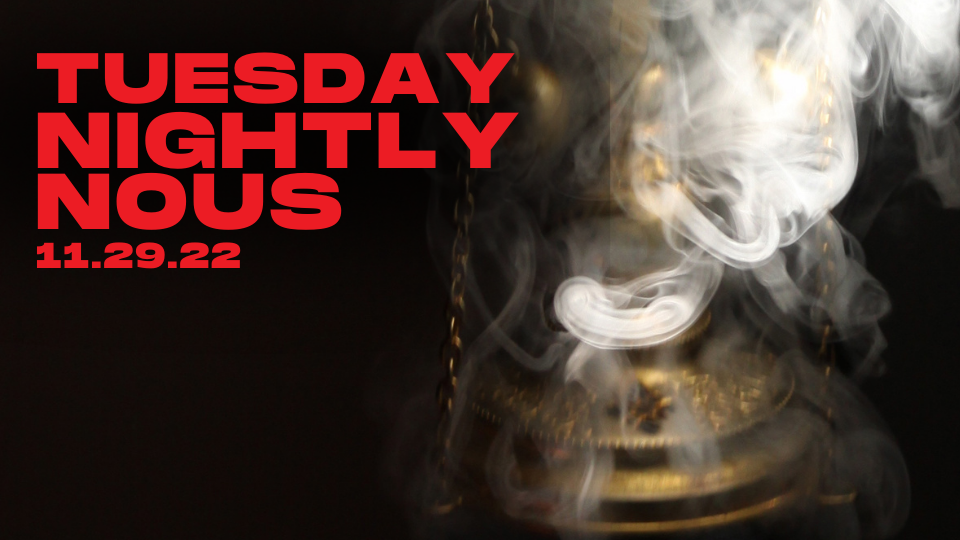 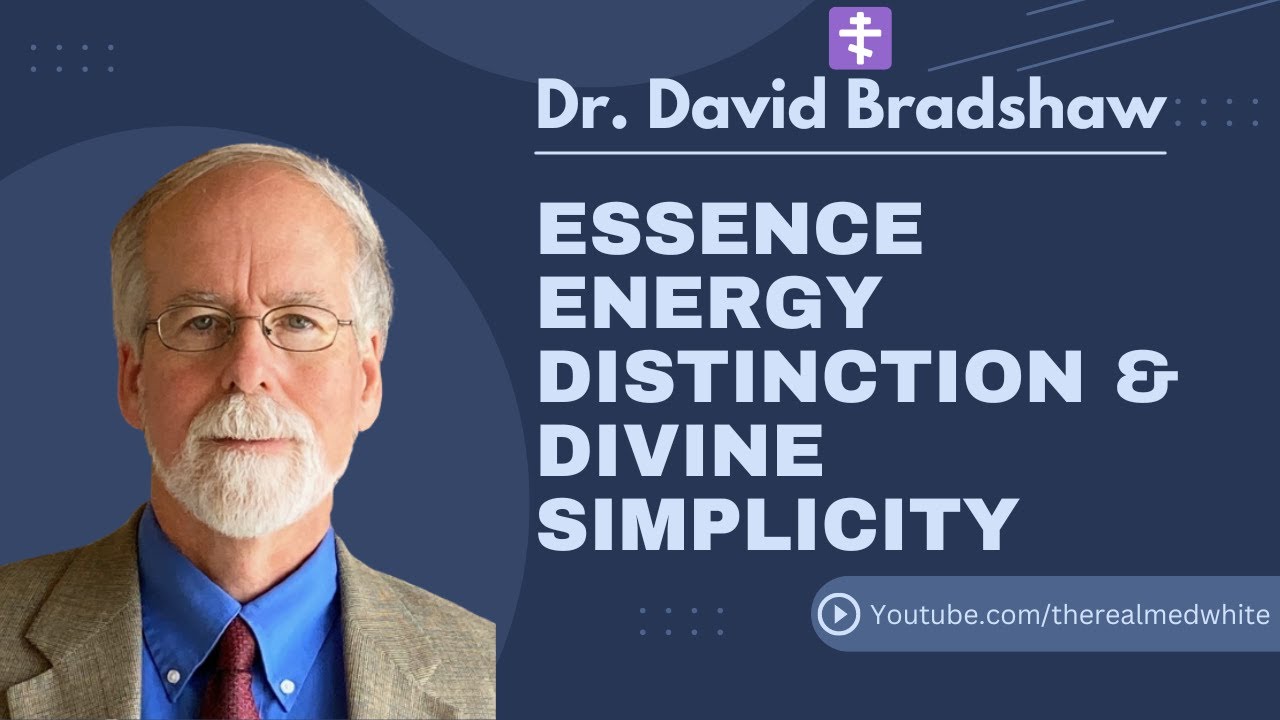 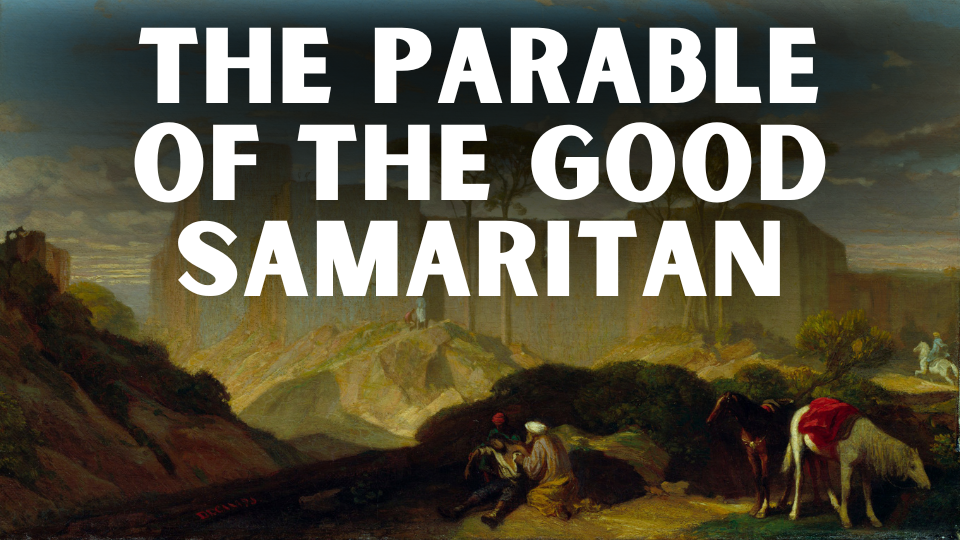 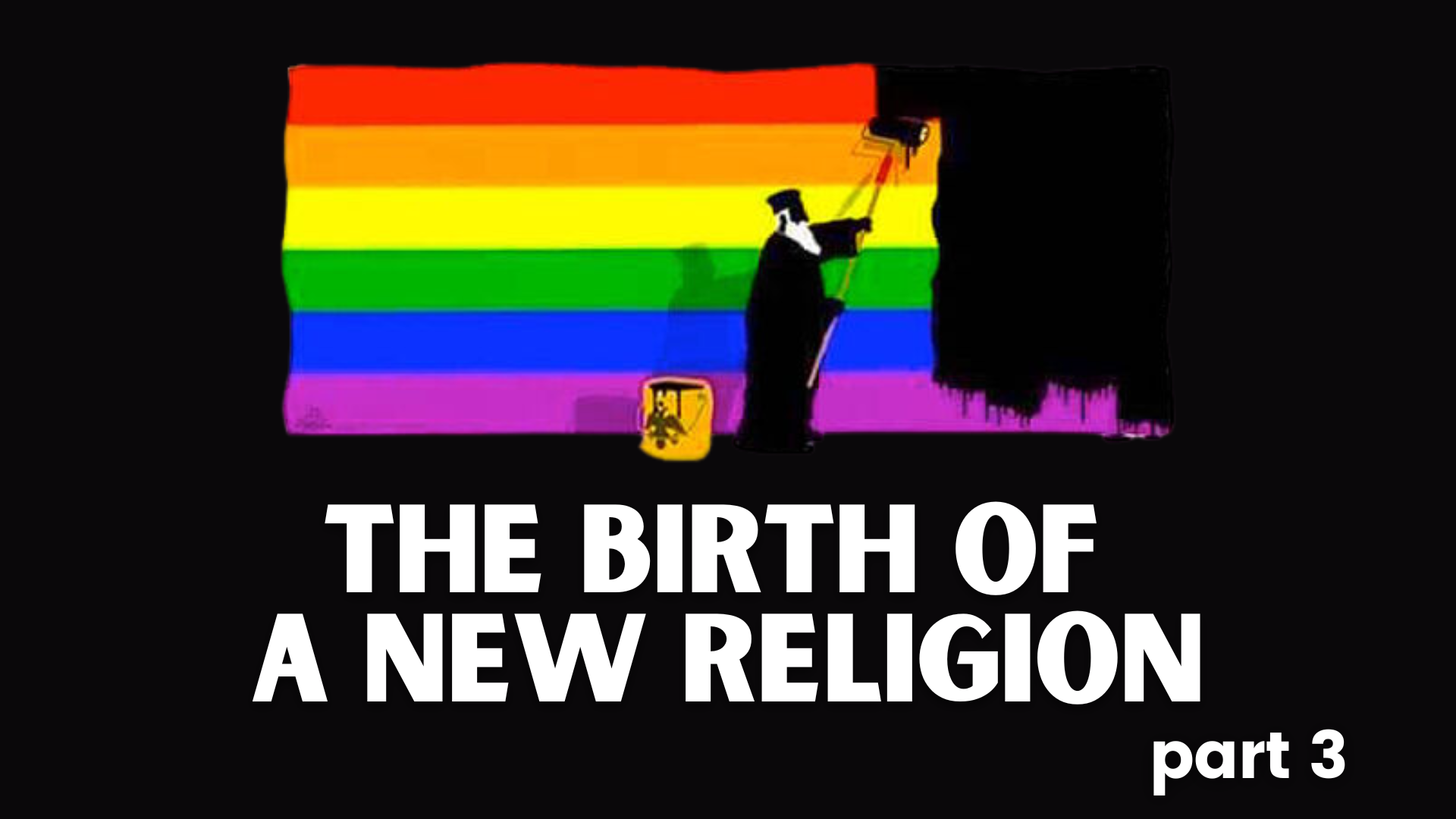 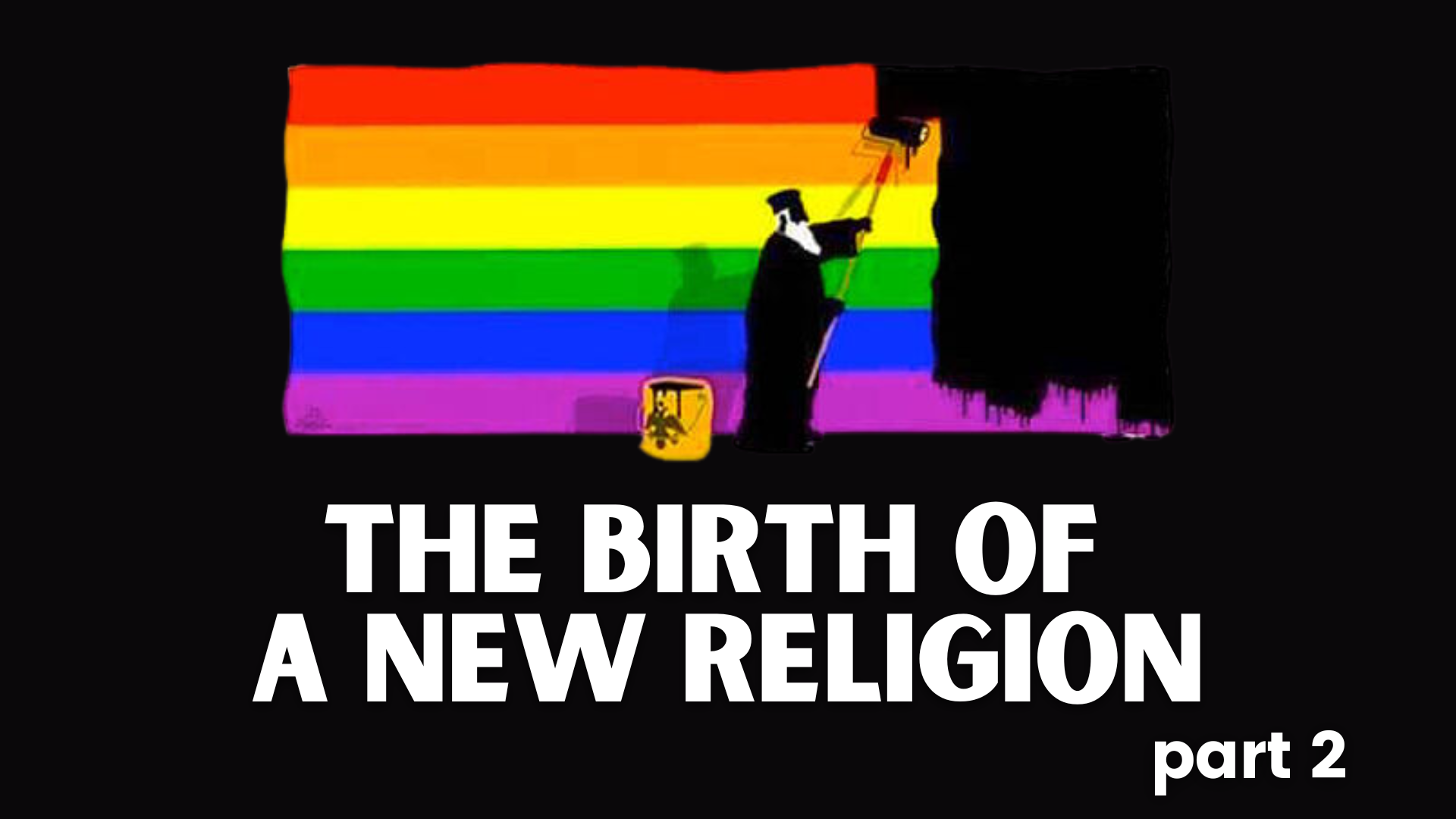 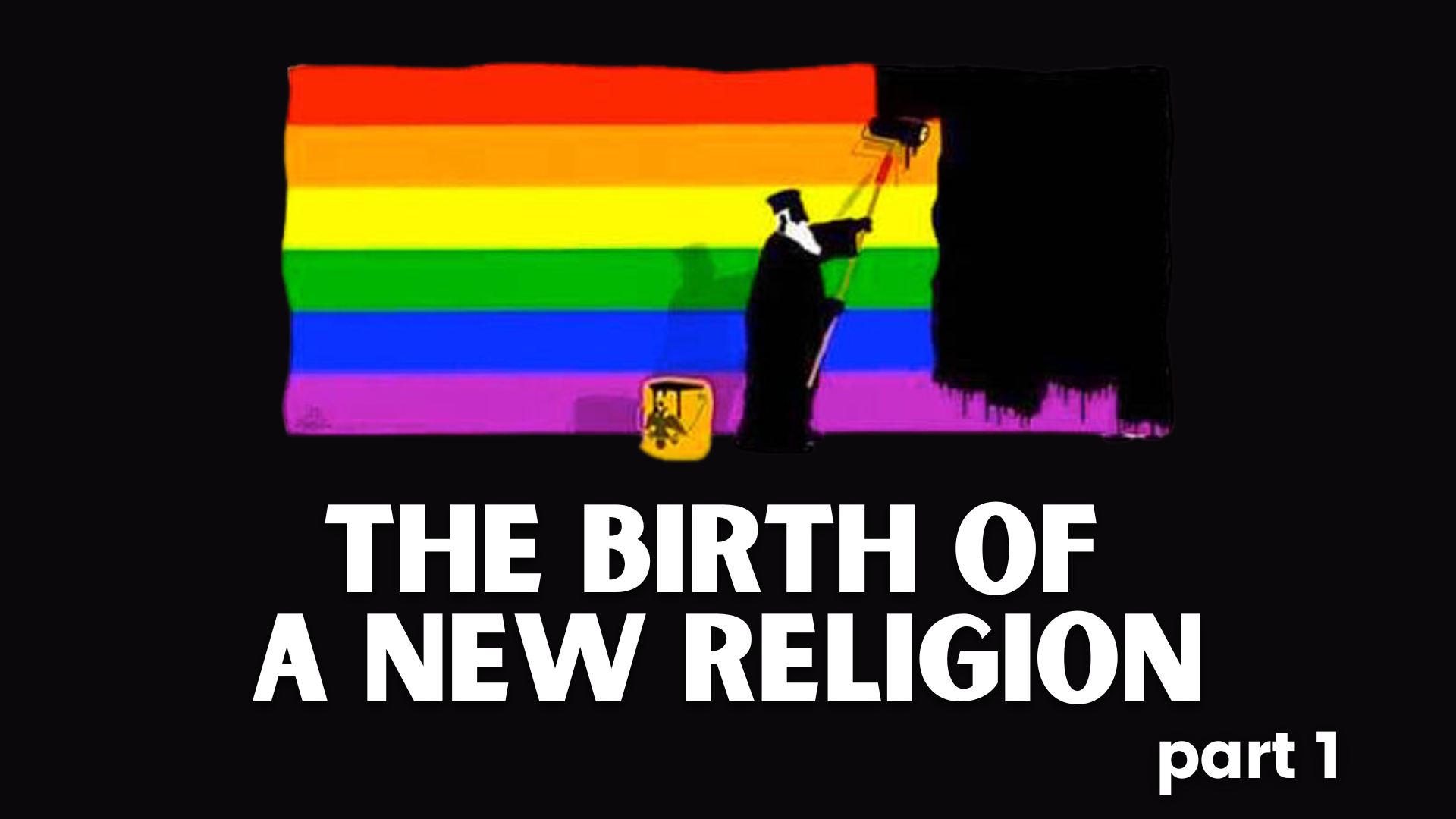 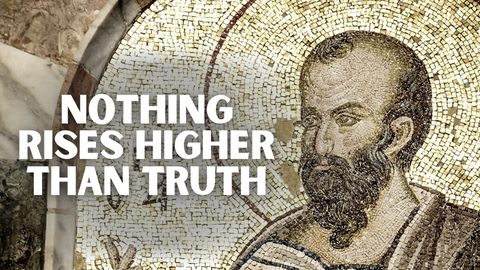 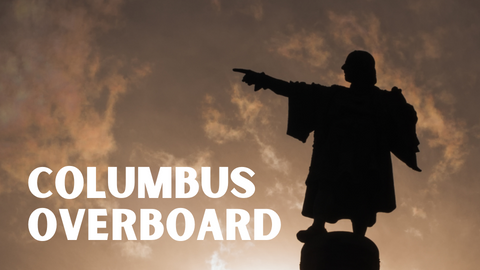